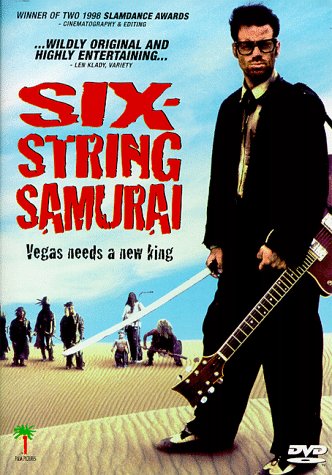 Hold on to your guitar picks, because Six-String Samurai is the Greatest Movie EVER?

Click on the DVD cover or the title above to download our review of the film, featuring Sean “Hollywood” Hunting.

Review in a Nutshell: An independent film with strong production design, a great concept, and a killer soundtrack, Six-String Samurai suffers from questionable comic timing and an inconsistent tone. It’s not as entertaining as I want it to be, although Sean enjoyed it more on a second viewing.