July is coming to a close, and it’s time for some more Anime Fun. Join Tom and I as we reminisce about Ninja Scroll (known in Japan as Jūbē Ninpūchō), 1993 animated film that recalls the dark and nihilistic samurai exploitation films of the Seventies. CLICK HERE or on the Bluray cover of the film, which features discussion on Ninja’s Scroll‘s place in American fandom as well as many a paean to the lonely death of Bee Guy. 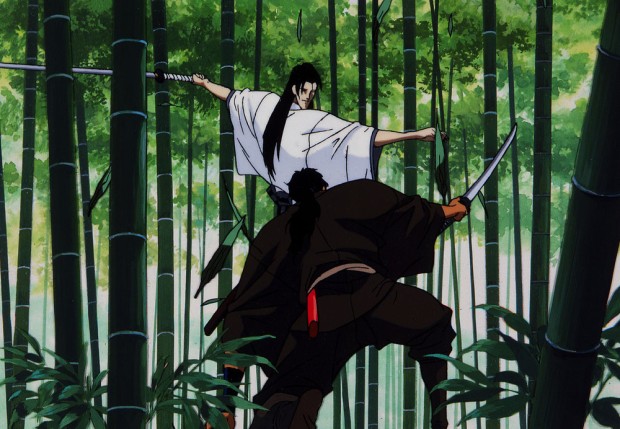 ERRATA: When talking about samurai movies involving hidden gold mines, I accidentally conflated two different films: Goyokin (1969) and Sword of the Beast (1965), both of which are directed by Hideo Gosha. I also mispronounced Gemma’s name as “Genma” throughout the entire podcast without realizing it. My bad.