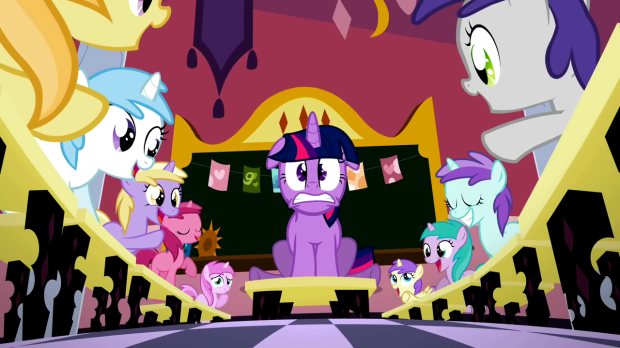 We’re being sent back to Magic Kindergarten to take a look at My Little Pony: Friendship is Magic Season 2.

Guest hosts include Clarissa and Gerald from AnimeWorldOrder and celebrity translator Neil Nadelman.  CLICK HERE or on the image above to download our review of the show.

Review in a Nutshell:  We didn’t go as deep or as esoteric this time around, but we did manage to mention the concept of the Doppelganger, Derpy-gate, the highs and lows of the fandom, and why we think the show has managed to remain fresh despite the loss of certain key talents.