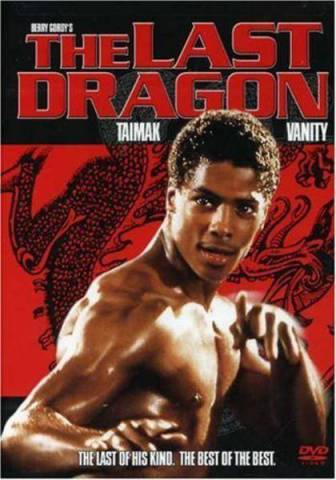 You’ve got the Glow, because Berry Gordy’s The Last Dragon is the Greatest Movie EVER!

Click on the DVD cover or the title above to download our review of the film, featuring Sean “Hollywood” Hunting.

Review in a Nutshell: The Last Dragon is an uneven movie. Half musical, half martial arts journey, the film suffers from a weakly-written protagonist played by a talented young athlete with no previous acting experience. It falls to the supporting cast – especially Julius J. Carry III as Sho’Nuff, the Shogun of Harlem – to carry the film.