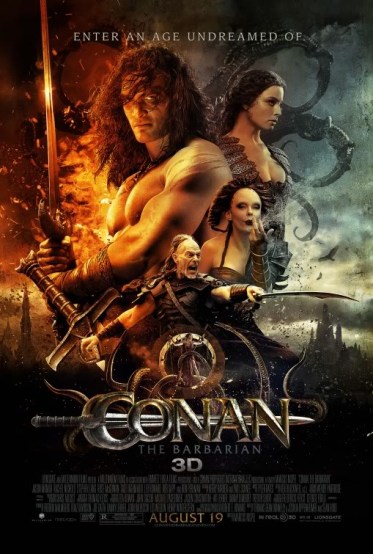 Hold onto you noses, because Conan the Barbarian (2011) is the Greatest Movie EVER!

Click on the movie poster or the title above to download our review of the film, featuring Dave and Joel from Fast Karate for the Gentleman.

Review in a Nutshell:  Although the film contains good casting and some truly hilarious moments, the new Conan film is missing a certain something that puts our guest hosts ill at ease.  Paul still considers it to be the “feel-good family comedy of the year.”