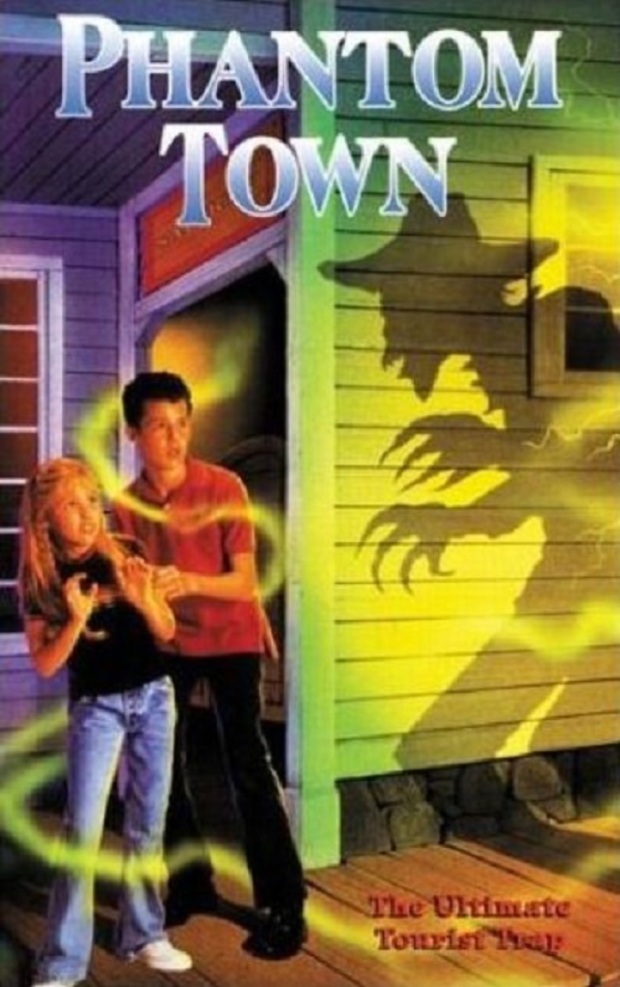 Gas up the 1967 Chevy Impala, because Phantom Town (also known as Spooky Town) is the Greatest Movie EVER!

Click on the VHS box cover or the title above to download our review of the film, featuring Sean “Hollywood” Hunting.

Review in a Nutshell: As far as low budget, “Weird West” children’s films about a suburban family succumbing to the depredations of an unspeakable Lovecraftian eldritch horror go, Phantom Town isn’t bad. Okay, it’s actually pretty bad, but its bizarre premise alone makes it worth watching at least once.

And here is what the cover of the 2013 DVD released by Moonbeam Entertainment looks like. Too spooky!