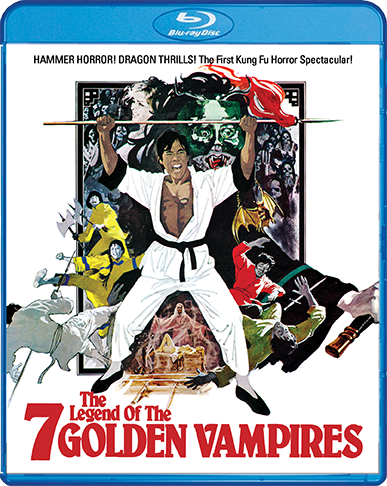 Hold onto your blood, because The Legend of the 7 Golden Vampires is the Greatest Movie EVER!

Click on the Bluray cover or the title above to download our review of the film, featuring Oli “InvidNinja92” Bulmer.

Review in a Nutshell: An ambitious production troubled by a clash of directorial styles and studio difficulties, the Hammer Films / Shaw Brothers co-production that pits martial heroes against Dracula and his hordes of jiangshi servants is not quite the chocolate / peanut butter combination you would expect from a film that mixes Gothic horror with kung fu action.